History of Cannabis and Insanity

A recurrent issue in the debate on whether or not to prohibit Cannabis is the supposed link between Cannabis and insanity, or as the debate evolved, Cannabis and psychosis / schizophrenia. Since the 1840’s Cannabis has been accused of triggering insanity and hailed as a cure for it. One of the key components of Cannabis, tetrahydrocannabinol (THC), might sometimes induce ‘psychosis-like’ effects, such as anxiety and transient paranoia, but they are not schizophrenia. Persistent Cannabis use (or that of any kind of ‘psychoactive’ substance) may precipitate psychosis in individuals with genetically predisposing factors and complicate or worsen symptoms in a person with schizophrenia, but there is no evidence it can cause psychosis. However, key components in Cannabis provide powerful anti-psychotic and anti-anxiety properties, so effective they “may be a future therapeutic option in psychosis, in general and in schizophrenia, in particular”. This might explain why people with schizophrenia or those predisposed to psychotic symptoms report relief after using Cannabis.

Although the number of users has increased and the average strength of Cannabis has risen significantly, the numbers of people being diagnosed with schizophrenia has remained stable over time. That is not to say Cannabis is completely harmless, but the purported harms are temporary, over-exaggerated and with other environmental factors, such as alcohol for instance, frequently overlooked. A systematic review of epidemiological data on Cannabis ‘dependence’ (1990-2008) indicates: the modest increase in risk and the low prevalence of schizophrenia mean that regular Cannabis use accounts for only a very small proportion of the disability associated with schizophrenia. From a population health perspective, this raises doubt about the likely impact of preventing Cannabis use on the incidence or prevalence of schizophrenia […]. However, the objective here is not to review all the often conflicting evidence on the relation between Cannabis and psychosis, but how one argument, that Cannabis causes insanity, prevailed.

This position prevailed despite the lack of evidence to substantiate the claim over-riding significant doubts about the relationship that existed from the beginning of the debate. One of the earliest inquiries, by the colonial government of India in 1872, did indeed conclude habitual ganja use tended to produce insanity, but a careful examination of the evidence presented in the reports underlying that conclusion shows the alleged relationship lacked “solid or sound foundations” and its accuracy was often disputed by medical officers. However, “bad information, administrative expedience and colonial misunderstandings of a complex society” turned into statistics and the statistics provided the “evidence” that Cannabis led to mental illness. The Indian Hemp Drugs Commission in 1894 was instigated by claims the lunatic asylums of India were filled with ganja smokers. After extensive research into the nature of asylum statistics the majority of the Commission members agreed “that the effect of hemp ‘drugs’ in this respect had hitherto been greatly exaggerated”.

Most medical doctors involved were convinced Cannabis use did not cause insanity, but rather stimulated a mental illness that “was already lurking in the mind of the individual” and that alcohol played at least an equal if not a more important role. That conclusion seems to summarise current opinions about the relationship between Cannabis and psychosis. The dramatic announcements on the mental health implications of Cannabis use by the Egyptian delegate Mohammed El Guindy at the Geneva conference had a significant impact on the deliberations to include Cannabis in the 1925 Convention. El Guindy produced statistics supporting his claims that 30-60% of cases of insanity were caused by hashish. In a subsequent Memorandum with reference to hashish as it concerned Egypt, submitted by the Egyptian delegation to support El Guindy, the figure was even more alarming, claiming “about 70% of insane people in lunatic asylums in Egypt are hashish eaters or smokers”. 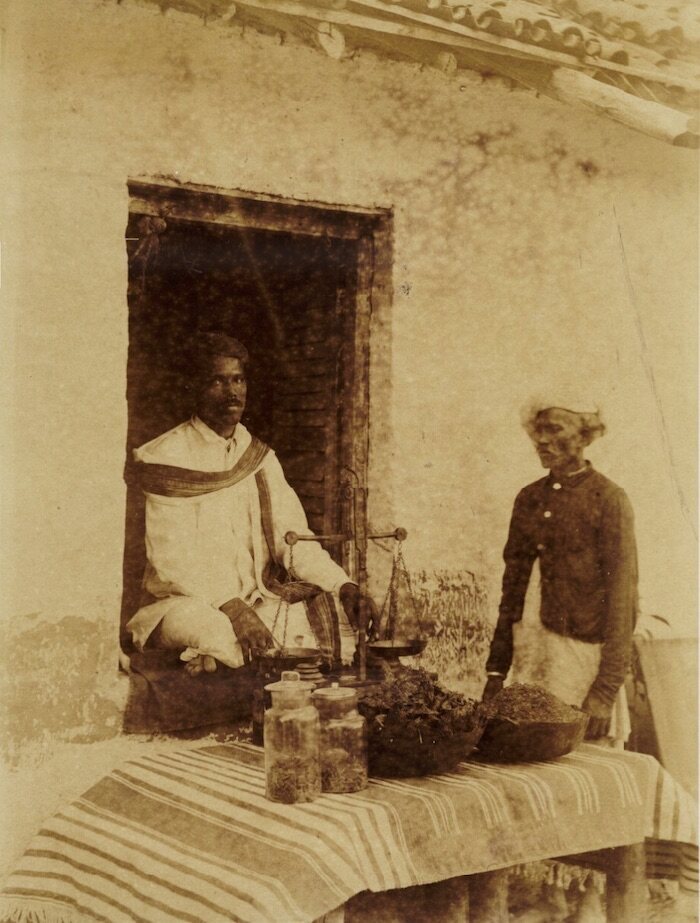 The 1920-21 annual report of the Abbasiya Asylum in Cairo, the larger of Egypt’s two mental hospitals only attributed 2.7% of its admissions to Cannabis and even that modest number represented “not, strictly speaking, causes, but conditions associated with the mental disease”.

El Guindy’s figures were probably based on the observations of John Warnock, the head of the Egyptian Lunacy Department from 1895-1923, published in an article in the Journal of Mental Science in 1924. However, as historian James Mills showed, Warnock made broad generalisations about Cannabis and its users despite that those he saw were only the small proportion of them in hospitals. Whether this was an accurate picture of Cannabis use in Egypt did not seem a relevant question to him. Other Egyptian statistics showed a very different picture. This tendency among some doctors to extrapolate their experiences in mental health departments to society at large was common in many studies in many countries and resulted in ignoring the fact the vast majority of Cannabis users did so without any problem. Studies often generalised cases of a few single individuals with personality disorders to make broad claims about the overall harmful effects of Cannabis.

Not all directors of mental health hospitals reached the same conclusions. The Mexican psychiatrist Leopoldo Salazar Viniegra, for instance, who earned a reputation as a result of his work with addicts in the national mental health hospital, refuted the existence of a ‘marijuana’ psychosis. In an article in 1938, entitled El mito de la marihuana (The Myth of Marijuana), he argued that assumption in public and scientific opinion was based in myth. The link of the substance with insanity, violence and crime, which had dominated the public discourse in Mexico since the 1850’s, was the result of sensational media reports and, in later years, US ‘drug’ enforcement authorities. According to Salazar, at least in Mexico, alcohol played a much more important role in the onset of psychosis and social problems. Shortly after he was appointed as head of Mexico’s Federal Narcotics Service, he told US officials the only way to stem the flow of illicit ‘drugs’ was through government controlled distribution. Due to Mexico’s 1920 Cannabis prohibition, about 80% of the ‘drug’ law violators were Cannabis users. He argued Mexico should repeal Cannabis prohibition to undercut illicit trafficking (the suppression of which he considered impossible in Mexico due to widespread corruption) and focus on the much more serious problems of alcohol and opiates. In 1939, he initiated a programme of clinics dispensing a month’s supply of opiates to addicts through a state monopoly. Salazar argued the traditional perceptions of addicts and addiction had to be revised, including “the concept of the addict as a blameworthy, anti-social individual”. In doing so, Salazar not only made an enemy of the powerful US Commissioner of Narcotics, Anslinger, who had used the alleged relation to push through the prohibitive Marijuana Tax Act, but also went against the opinions of the established medical opinion in Mexico.

Leopoldo Salazar Viniegra “had the audacity to point out certain facts that are now virtual givens in the literature on ‘drug’ policy—that prohibition merely spawned a black market whose results were much worse than ‘drug’ use itself and that, in particular, ‘marijuana’ prohibition led to the harassment and imprisonment of thousands of users who posed very little threat to society […] Though historians have correctly viewed Salazar as a victim of an increasingly imperialist US ‘drug’ policy, it has not been sufficiently emphasised that he was also a victim of Mexico’s homegrown anti-‘drug’ ideology […]”.

As a delegate to the Advisory Committee of the League of Nations and participating in its meeting in Geneva in May 1939, he saw the intolerance of and demands for prohibiting Cannabis had increased exponentially under leadership of the American delegates and allies. He infuriated Anslinger with his proposal to treat addicts in and out of prison with a morphine step-down project. In Mexico, in an article in the Gaceta Medica de México, he challenged the validity of the data relating hashish to schizophrenia in a report from Turkey submitted to the Committee. Salazar considered the then existing international ‘drug’ control conventions “as practically without effect”. His opinions opposed Washington’s punitive supply-side approach on ‘drug’ control and he stepped on too many toes nationally and internationally. The US consul general in Mexico suggested ridicule would be the best way to stop the “dangerous theories” of Salazar. After a concerted campaign in which US and Mexican officials set out to destroy him personally, the Mexican press depicted him as a madman and “propagandist for ‘marijuana’”.

Due to the intense diplomatic and public pressures, he was forced to resign as head of the Federal Narcotics Service and was replaced by someone more complaisant in the eyes of the US State Department and the FBN. Not surprisingly, Salazar’s work was dismissed by Pablo Osvaldo Wolff in his booklet Marihuana in Latin America. Wolff, who claimed Cannabis did cause psychosis, was much more astute in assuring his opinions were dominant across the relevant UN institutions. Nevertheless, after the 1961 Single Convention was adopted, the UN Bulletin on Narcotics published a review in 1963 that shed substantial doubt on the relationship and, if there was one, about its relevance. In the review, Canadian psychiatrist H.B.M. Murphy concluded: “It is exceedingly difficult to distinguish a psychosis due to Cannabis from other acute or chronic psychoses, and several suggest that Cannabis is the relatively unimportant precipitating agent only”.

He elucidated, “it probably produces a specific psychosis, but this must be quite rare, since the prevalence of psychosis in Cannabis users is only doubtfully higher than the prevalence in general populations”. The debate continues and opinions on how and why Cannabis use is related to psychosis and schizophrenia still spark debate among medical observers today. A 2010 editorial in the International Drug Policy Journal called for a more rational approach, decrying “overemphasis on this question by policymakers has distracted from more pressing issues” and concluded they should give greater voice to the risks and harms associated with particular Cannabis policies and to the evaluation of alternative regulatory frameworks. Given the decades of research and experience with Cannabis prohibition, it seems reasonable to reorient the Cannabis policy debate based on known policy attributable harms rather than to continue to speculate on questions of causality that will not be definitively answered any time soon.

Extracted and Adapted from The Rise and Decline of Cannabis Prohibition