Cooking with a Canadian Cannabis Chef 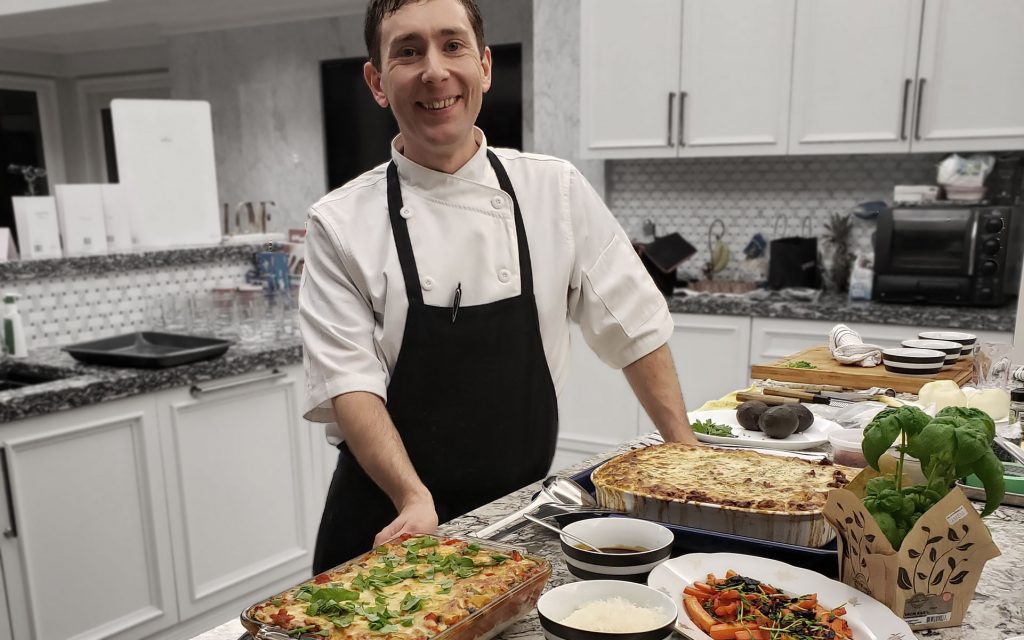 A chef earns a Red Seal accreditation by demonstrating superior skills, knowledge and passing a national exam. Canadian John MacNeil is from Cape Breton, Nova Scotia, but worked at Michelin-rated restaurants in Europe and then made a name for himself in Calgary, where he was an executive chef of the award-winning Italian restaurant, Teatro Ristorante.

He opened The Black Pig Bistro in the city’s trendy Bridgeland area five years ago. He later sold it to his business partners and started reTreat Edibles, which sells baking mixes formulated to accommodate the addition of Cannabis. He starts by emphasising the importance of origin. “You should only use legally produced Cannabis to ensure it’s clean and safe” he says. “People don’t scrutinise Cannabis the way they scrutinise food, but they should”.

How does Cannabis affect the flavour of a dish?

Like wine grapes, Cannabis comes in countless strains with various flavours including, for example, citrus, berry, mint and pine. These flavours are created by aromatic oils called terpenes, which are secreted in the same glands that produce Cannabis compounds including Tetrahydrocannabinol (THC) and Cannabidiol (CBD). Terpenes form part of the flavour profile of a Cannabis-infused dish so it’s important to select ones that complement the other ingredients.

How much Cannabis should be included in a dish?

MacNeil compares learning how much Cannabis to include in a dish to learning how to cook steak properly. You overcook then undercook before learning to make it just right. It takes practice to find out where the sweet spot is, he says. Dosing varies from one individual to the next depending on a person’s previous history of Cannabis consumption, gastrointestinal factors, and the sensitivity of his or her endocannabinoid system.

Most experts recommend a starting dose of no more than 2.5 mg of bud for beginners. However, since effects vary based on each person consuming, MacNeil does not make dosing recommendations. Also, it takes awhile for edibles to take effect so beginners often make the mistake of ingesting too much too soon. MacNeil and other experts advise beginners to wait around two hours before deciding whether to take a second dose.

What is one of the most popular Cannabis-infused items people make at home?

Many people express an interest in Cannabis-infused brownies. MacNeil recommends using Thai coconut milk and French chocolate. To infuse Cannabis into chocolate brownies and other baked goods, many people use the whole plant, drying, curing and then grinding it into a flour-like substance and combining  it with cooking oil or butter.

Adapted from, Cooking with Cannabis: Tips From a Red Seal Chef