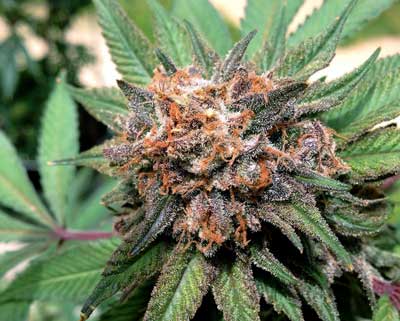 Perhaps the biggest lie put forth by people in the Cannabis industry is that Cannabidiol (CBD) is a “non-psychoactive” cannabinoid. That’s patently false because CBD does affect the mind, part of what makes it so effective. It’s a question of how the word “psychoactive” is defined. While most people have been using the term “non-psychoactive” as a synonym for “non-intoxicating” when they describe CBD, they’re misusing the term. In truth, a psychoactive substance is something that will alter mental processes or behaviours, but doesn’t mean every psychoactive substance is going to get a user “high”. Typing CBD into a search engine returns almost all results declaring CBD to be “non-psychoactive”; they are wrong. CBD is one of many active compounds in the Cannabis plant, but unlike Tetrahydrocannabinol (THC), it does not impart upon the user the euphoric effects for which Cannabis is well known. CBD is associated with the opposite, with ameliorating THC’s effects and fighting anxiety, depression and possibly even nicotine addiction. For these reasons, CBD is popularly known as “non-psychoactive”, the most-common descriptor applied to CBD, by numerous Cannabis-industry sources, as well as mainstream media accounts published in The New York Times, The Guardian and elsewhere (around the world). All of these sources are guilty of propagating misinformation.

According to the World Health Organisation, “psychoactive substances” are “substances that, when taken in or administered into one’s system, affect mental processes, e.g. cognition or affect”. Under both these definitions, CBD is psychoactive because it is affecting mental processes when it mitigates the “high” from THC or when it helps with anxiety and depression. This means that it cannot be possible to say in the same breath that CBD is non-psychoactive and that it will help with anxiety and depression. For example, other psychoactive substances include ibuprofen, caffeine and wine. If they were no more efficacious than a glass of water or a deep breath of air, nobody would partake of them. Martin Lee, co-founder and director of Project CBD, an educational platform founded in 2010 that provides research and resources on Cannabis therapeutics recently said that Project CBD also used to refer to CBD as “non-psychoactive”. “At least in the beginning, it was a way for us to emphasise that there was something else going on with the Cannabis plant, that we should look at it differently”, Lee said. “But I’m uncomfortable with that now. As things went along, the obvious fact started staring us in the face: If it changes one’s mood, even if you’re not getting ‘high’, it’s psychoactive”. Pharmacologically, THC and CBD act in similar ways. Both molecules interact with cannabinoid receptors, although at different sites and with different effects. 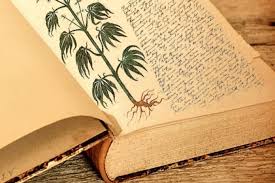 A misunderstanding of how the molecules work, based on old science, may be at the root of the grand CBD myth. Lee’s Project CBD has attempted to correct the record, but like many other rational and reasonable science-based efforts in our post-factual world, it is swimming upstream and working against bad-faith actors intent on marketing CBD in any way possible, to as many Cannabis newcomers as possible. At best, “non-psychoactive” is an honest mistake stemming from a well-intentioned misunderstanding. At worse, “non-psychoactive” is an adman’s trick, an intentional misdirection meant to deceive. The problem is some CBD products, derived from industrial hemp that’s much lower in CBD content than the grown-for-the-purpose Cannabis, might actually be non-psychoactive because there’s not enough CBD present. But that means the product is faulty, not the ingredient itself. Perhaps the most straightforward way to describe CBD is that it “doesn’t create an euphoric high”, said University of British Columbia, Canada, psychology professor Zach Walsh, who studies Cannabis and mental health. “It doesn’t create cognitive alterations that are obvious or overt”, he explained. Walsh thinks the ongoing confusion over whether CBD is psychoactive has to do, in part, with “people struggling with the destigmatisation of Cannabis”.

“I see a lot of people come to me, usually Cannabis-naive people, often people from a generation where Cannabis was more highly stigmatised, and they’re like, ‘I heard there’s a new Cannabis that doesn’t get you high, can I try some?’ Because they’re ambivalent, they want to partake in the potential benefits (that they’ve heard about), but at the same time they don’t want to go insane in a ‘reefer madness’ kind of a way, or they don’t want to be incapacitated or altered in a way that they’ve come to associate with moral failings, or just inappropriate behaviour”, said Walsh. “They want to have the cake and eat it too … If there’s a Cannabis that’s not really Cannabis, I think that’s pretty appealing to some people”. Russo thinks educating the public about CBD requires an approach that’s both “top-down and bottom-up”. “What I mean by that is, there’s a woefully inadequate treatment of not only Cannabis and its pharmacology in medical schools, but also the Endocannabinoid System that underlies a lot of its activity. So we need better-educated doctors that are going to understand this”. Russo continues to see CBD improperly described as “non-psychoactive” not only in the media, but also in scientific publications he peer-reviews. “People like simple explanations, but anything about Cannabis deserves paragraphs, not single phrases”, he said. “So when you’re trying to distil the essence of these pharmacological concepts in single words, it’s easy to run afoul”.

Adapted from CBD Is Psychoactive — And That’s OK and Have you heard that CBD is ‘non-psychoactive’? It’s not true

2 thoughts on “Cannabidiol (CBD) Is “Psychoactive””