The Endocannabinoid System For Beginners 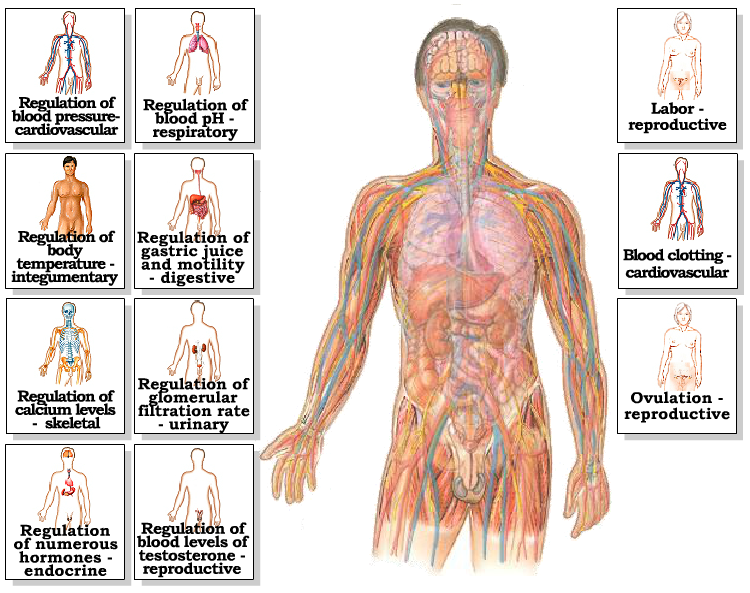 The Endocannabinoid System regulates the body’s systems to maintain homoeostasis: the state of balance necessary for healthy function. Homoeostasis can be thought of as the narrow range of states within which bodies work as they should. For example, blood sugar levels, internal temperature, pH levels of blood, regulation of water and minerals in the body and the removal of metabolic waste are all governed by homoeostatic processes.

Most agonists only travel in one direction. Cannabinoids are unusual in that they can travel both ways between neurons. This is known as a negative feedback loop. It is what makes the Endocannabinoid System such an essential system for most lifeforms. It tells the body when to begin a process (for example, sweating to cool down) but also when to stop it (otherwise we’d all be sweating constantly). 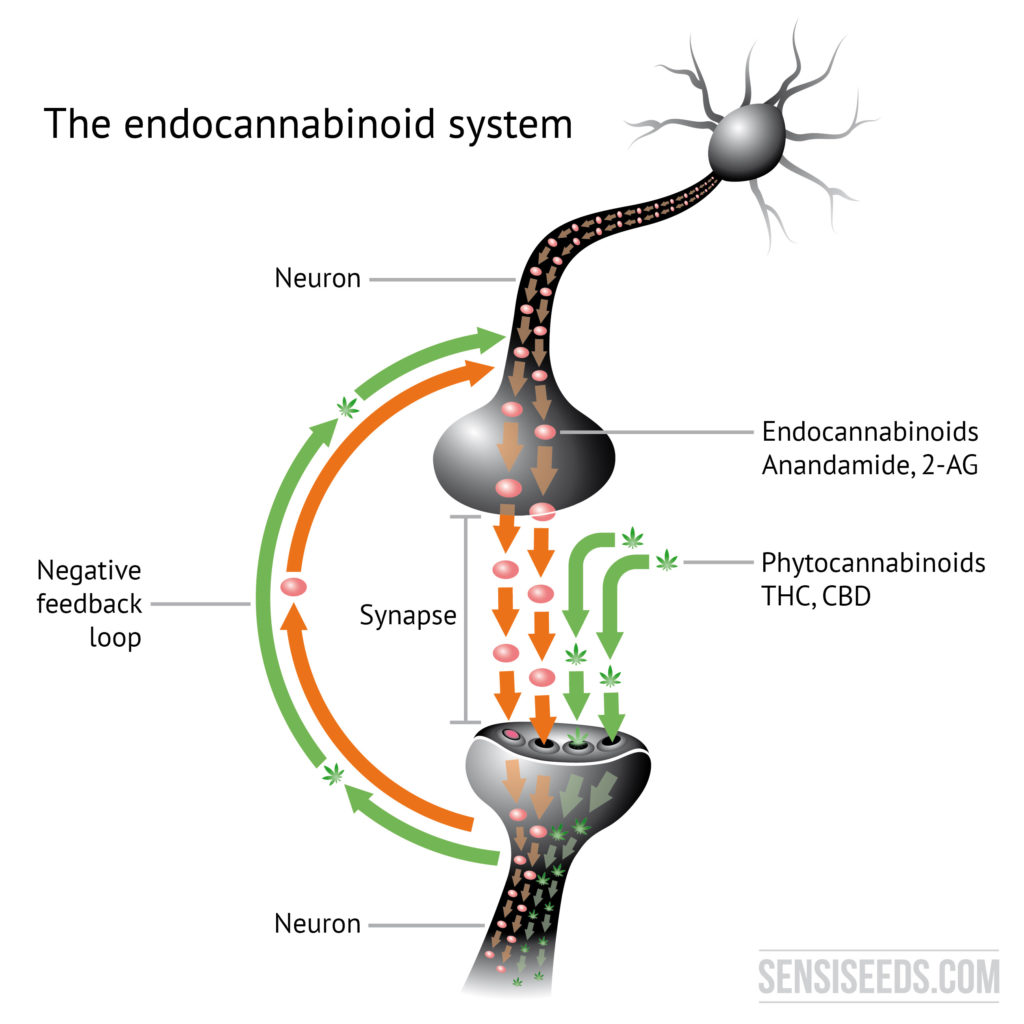 Bodies constantly make endocannabinoids to interact with their Endocannabinoid System, ensuring homoeostasis continues. If not enough endocannabinoids are created, it is thought  Clinical Endocannabinoid Deficiency may occur. It is also thought this can be treated by introducing phytocannabinoids, something humanity has been doing with varying degrees of therapeutic success since before recorded history. 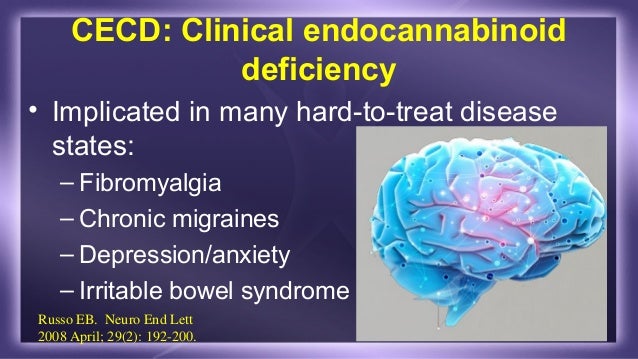 The reason Cannabis can treat so many different conditions is that the
Endocannabinoid System is spread throughout the body and responsible for
the correct functioning of so many different parts and aspects of it.

All vertebrates (creatures with a backbone) and invertebrates (creatures without a backbone) have an Endocannabinoid System. This explains why Cannabis products are having such success when used on pets and have the potential to treat a virtually unlimited number of species. There are a few species that don’t have one, such as sea sponges, nematode worms and anemones, since their evolution diverged so long ago. The earliest lifeform known to have cannabinoid receptors is the sea-squirt.  This primitive tube-shaped creature evolved more than 600 million years ago and vomits up its internal organs as a self-defence move! There is even a type of slime mould that “possesses a rudimentary endocannabinoid system”. You might think, since the Endocannabinoid System is so ancient, so vital and so common in lifeforms, it would have been discovered long ago. You would be wrong. The Endocannabinoid System was only confirmed in the form that we know it today (CB1 and CB2 receptors, triggered by two known endocannabinoids) in 1995!

The phytocannabinoid CBD was first isolated in 1940, but not until 1963 did Professor Raphael Mechoulam and his team discover its chemical structure and successfully synthesise it. Their feat was replicated with THC a year later. In 1988, the first Cannabis receptor was identified, and in 1993, the second. The first endocannabinoid, Anandamide, was only discovered in 1992 and the second, 2-Arachidonoylglycerol, known as 2-AG, followed in 1995. Professor Mechoulam, said, with simple eloquence:

“By using a plant that has been around for thousands of years, we discovered
a new physiological system of immense importance … We wouldn’t
have been able to get there if we had not looked at the plant”. 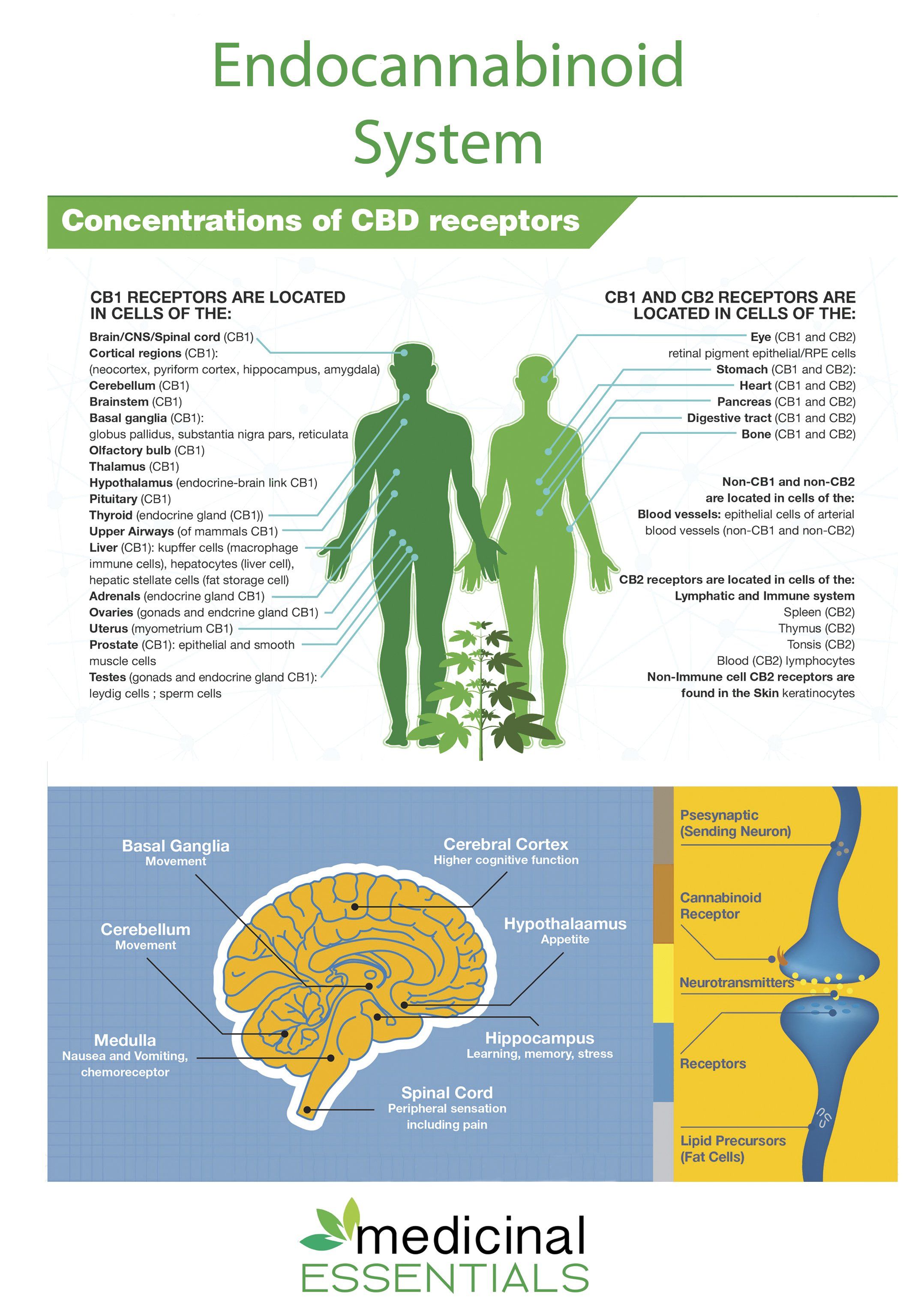 Adapted from What is the endocannabinoid system and how does it work? A beginner’s guide
top

23 thoughts on “The Endocannabinoid System For Beginners”