How and Why Your Brain Makes its Own Cannabinoids

As you probably already know, unlike water, alcohol and many top-selling pharmaceuticals, it’s impossible to overdose on Cannabis. What you might not realise, however, is that this remarkable attribute of Cannabis stems in part from the fact the human body actually produces its own ‘endogenous’ (made in the body) cannabinoids (endocannabinoids). Cannabinoids, whether formed in the brain or inhaled via a vaporiser for example, fit neatly into a series of specialised receptors located throughout the body, with their greatest concentration in: the hippocampus (regulates memory); the cerebral cortex (cognition); the cerebellum (motor coordination); the basal ganglia (movement); the hypothalamus (appetite); and, the amygdala (emotions). Cannabinoid receptors are similarly found in “every animal species down to the sponge”, said Dr Donald Abrams, Professor of Clinical Medicine at the University of California San Francisco, Chief of Hematology / Oncology at San Francisco General Hospital and a leading medical Cannabis researcher. 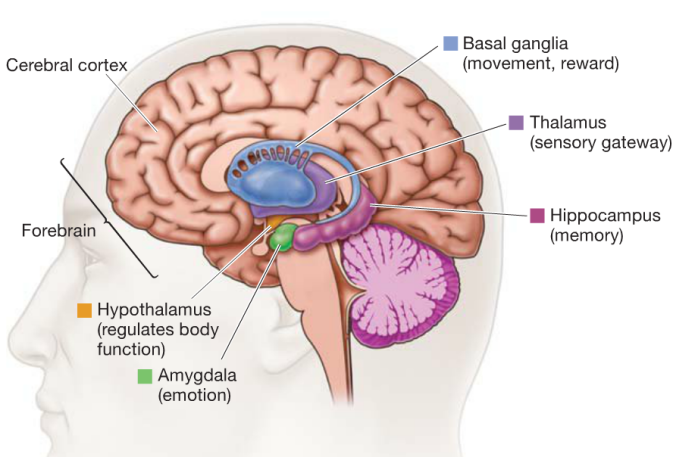 Dr Abrams was speaking about cannabinoid receptors and the potential therapeutic benefits of THC in children with serious illnesses. When compared to the side effects of other drugs commonly prescribed to kids with cancer, the decision of parents to administer highly-concentrated Cannabis oil to their sick children seems to be a better choice.

First identified in the late 1980’s, the Endocannabinoid System (ECS) consists of cannabinoid (CB1) receptors predominantly located in the nervous system, connective tissues, gonads, glands and organs; and cannabinoid (CB2) receptors, primarily found in the immune system and the spleen, liver, heart, kidneys, bones, blood vessels, lymph cells, endocrine glands and reproductive organs. These receptors can be stimulated and modulated by compounds called endocannabinoids that are produced naturally in the body, like anandamide (ananda is the Sanskrit word for bliss); by ingesting a set of closely-related botanically-based phytocannabinoids like tetrahydrocannabinol (THC), Cannabis’ best known and most psychoactive compound; or by ingesting synthetic cannabinoids produced in a laboratory. After binding to receptors in the body that fit them like a lock fits a key, these endo, phyto and synthetic cannabinoids all produce a wide range of physiological effects, altering everything from blood pressure to pain response to memory to appetite to consciousness. 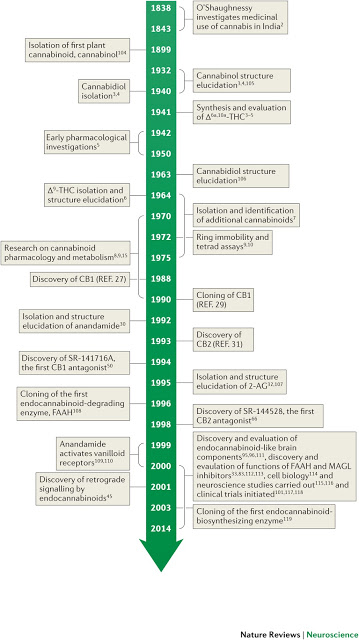 “The endogenous cannabinoid system, named after the plant that led to its discovery, is perhaps the most important physiologic system involved in establishing and maintaining human health”, Dr Dustin Sulak, a leading practitioner of what some have dubbed ‘cannabinopathic medicine’, said during a lecture at the 2010 NORML convention. “In each tissue, the cannabinoid system performs different tasks. But the goal is always the same: homoeostasis, the maintenance of a stable internal environment despite fluctuations in the external environment”. Think of the ECS as your body’s ‘root level’ operating system, a kind of central processing unit that regulates and alters the functioning of many other important systems and keeps them in balance. 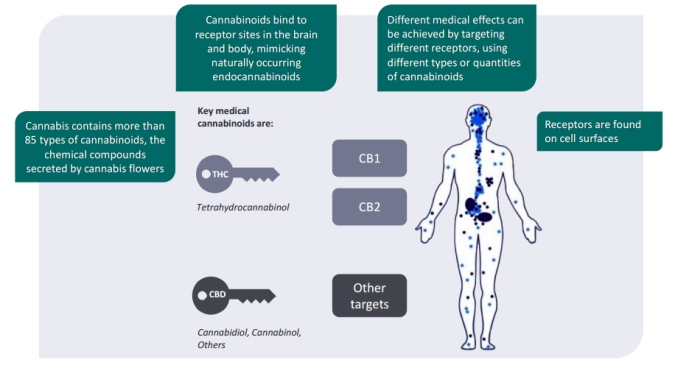 Martin Lee, author of, ‘Smoke Signals: A Social History of Marijuana’, notes cannabinoid receptors are more abundant in the brain than any other type of neurotransmitter receptor and “function as subtle sensing devices, tiny vibrating scanners perpetually primed to pick up biochemical cues that flow through fluids surrounding each cell … When tickled by THC or its endogenous cousins, these receptors trigger a cascade of biochemical changes on a cellular level that puts the brakes on excessive physiological activity. Endocannabinoids are the only neurotransmitters that engage in such ‘retrograde signalling’ a form of intracellular communication that inhibits immune response, reduces inflammation, relaxes musculature, lowers blood pressure, dilates bronchial passages and normalises overstimulated nerves. Retrograde signalling serves as an inhibitory feedback mechanism that tells other neurotransmitters to ‘cool it’ when they are firing too fast”.

“In the past decade, the Endocannabinoid System (ECS) has been implicated in a growing number of physiological functions, both in the central and peripheral nervous systems and in peripheral organs. Modulating the activity of the Endocannabinoid System (ECS) turned out to hold therapeutic promise in a wide range of disparate diseases and pathological conditions, ranging from mood and anxiety disorders, movement disorders such as Parkinson’s and Huntington’s disease, neuropathic pain, multiple sclerosis and spinal cord injury, to cancer, atherosclerosis, myocardial infarction, stroke, hypertension, glaucoma, obesity/metabolic syndrome and osteoporosis, to name just a few”. 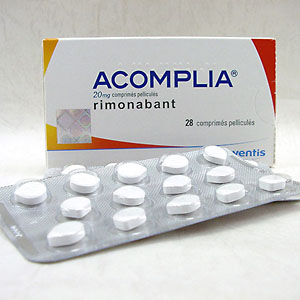 But what happens when you purposefully disrupt the body’s ability to stimulate the ECS? Things can go haywire, as discovered when ‘Big Pharma’ tested Rimonabant, an anti-obesity drug designed to create a kind of ‘reverse munchies’ by preventing cannabinoids (endo or phyto) from binding to CB1 and CB2 receptors. Those enrolled in a planned 33-month study of Rimonabant did report lower overall appetite when taking the drug, but they also demonstrated an increased risk of suicide so pronounced that the study was abandoned after little more than a year and four suicides! “Patients taking Rimonabant reported feeling severely depressed and having serious thoughts about committing suicide”, Psychology Today reported. “It was as though the patients had lost their ability to experience pleasure… [Which] tells neuroscientists that our endogenous marijuana* system is normally involved, either directly or indirectly, in controlling our mood and allowing us to experience pleasure; antagonising the actions of this chemical in the brain leads to depression with possibly dangerous consequences”.

Adapted from How and Why Your Brain Makes Its Own Cannabinoids